The earliest advertisement I can find is from the August 1981 Shortwave Magazine where Fairbotham & Co. Ltd. were advertising in the trade section, specialising in Sommerkamp (Yaesu radio’s in Europe)

Here’s a later advert from the December 1987 Shortwave Magazine using the Flightdeck name, but still trading as Fairbotham & Co. Ltd. 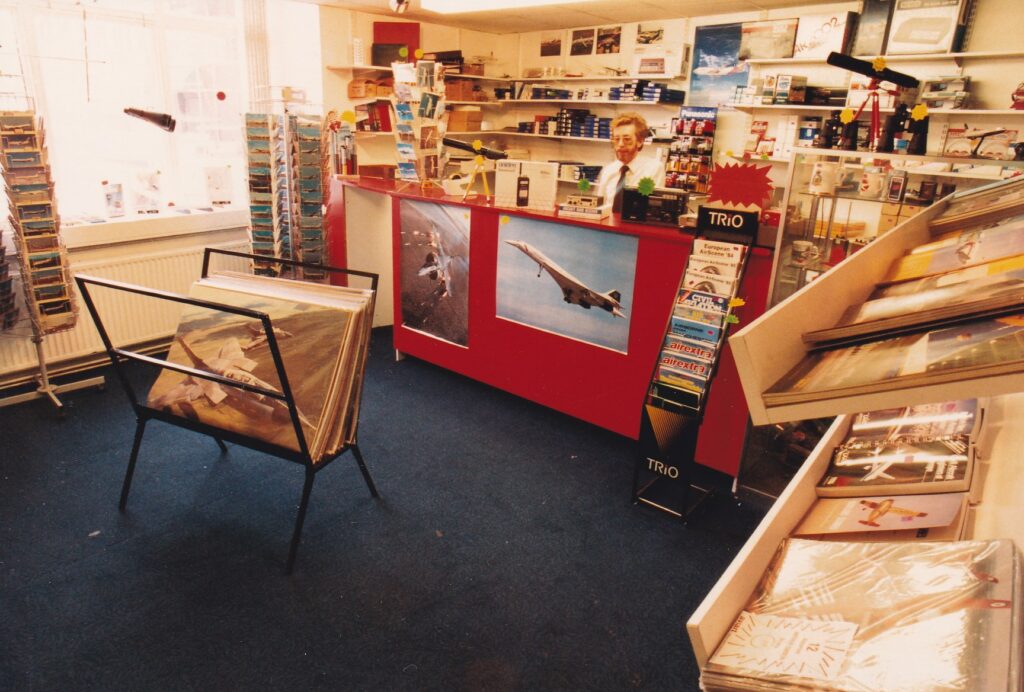 Here are some images from the Wilmslow Rd store

Not only did David sell from his stores, but the company would often be seen at Airshows up and down the UK. Here’s a few images of their stalls

A video was produced which included David and Flightdeck – video is called Plane Spotting https://youtu.be/jAH7qf8sjNQ